The greening of the Black Country is something that’s talked about, but we don’t always have a mental picture of how it happened. For those of use who weren’t around, or who can’t remember (to be fair, that’s most of us), it’s useful to have something to look at.

That’s when aerial photos come in handy. Here’s one (below) from 1948 of colliery remains near Bilston. The photo covers about 30 hectares and, in the late 1940s included… well, not much. In fact, the most notable thing about the image is how few buildings or streets there are… just a brook and a wide expanse of derelict land created when the coal pits went out of use. But within 50 years this had all been replaced by suburban streets, homes for hundreds of people, public green space (Stowlawn Wood), and two schools (Stowlawn Primary and Green Park)… now visible on the Google map (below) for the same area.

The reconstruction of Stowlawn is interesting in itself. But it’s a story which has been repeated dozens of times around the Black Country. At least 30 square kilometres of housing (in other words 100 times the size of our 1948 photo) has been built on former collieries.  Maybe your street has been too?

Posted in Black Country housing, change in the landscape, the twentieth century

We are all walking on nails

Anyone working with nails in the Black Country today would more likely be a beautician than a metalworker (there are at least 40 nail salons in the area, employing perhaps dozens of people).  But the character of the area still owes something to the time when nail creation referred to an activity which underpinned the whole local economy.  Perhaps 150 years ago there were not a few dozen but tens of thousands of Black Country families earning a living making iron nails by hand.
A hand-forged iron nail is the second item in the exhibition The Black Country in Ten Objects (the first was the subject of our last post).
But if they were such a big part of our past, why aren’t there more clues left in the landscape?  Well, it’s hard enough to find factories which are still around from that time, but the survival of the remnants of nail-making has suffered even more because it took place in the back yards of workers’ housing.  Almost all of this was cleared as part of the planned renewal (otherwise known as slum clearance) in the 20th century, and the nail makers’ workshops went with it.

Home-working or outworking still takes place today of course, but the location of nailmaking in ordinary homes has to be found in census records and historic maps.  One such place is Islington, Halesowen.  Today the street is lined with post-war flats (see photo), but on the same spot in 1900 stood terraced houses with outbuildings behind them, many of which would have been nailshops (see map).  Census records can verify this too, with many families and children (several under ten) on Islington recording their occupation as ‘nailor’.

See the handmade nail and the other 9 objects in Wolverhampton during October and November at The Black Country in Ten Objects;
Subscribe (at the bottom right of this page) and be notified of posts on the other objects;
The location of Islington in Google maps;
Historic Maps of Dudley

It might be hard to imagine when we look around the area today, but 400 years ago the people who owned and controlled Black Country industry also chose to build their own very grand houses close by.  A talk on 16 September by Mike Shaw (details below) will explain some archaeological evidence for this (photo).  Two lost mansions from that time, Wolverhampton Old Hall (near the end of the Metro line) and Bentley Hall (near junction 10 of the M6), were home to the Leveson and Lane families.  The Levesons owned ironworks and coal mines (the latter in Wednesbury) and the Lanes benefitted from ‘profits from mines of sea coals’ (called ‘sea coals’ at the time to distinguish them from charcoal).  In fact the Lanes exploited coal and iron as early as the 1500s showing that, as Mike reminds us, the history of Black Country coal and iron did not begin with the Industrial Revolution in the 1900s but built on an earlier tradition’.
Details of the talk
Location of Bentley Hall
Location of Wolverhampton Old Hall

Posted in Black Country housing, left from the iron industry

The rapid destructive power of fire has a way of bringing our attention to a longer, slower process of change in the urban landscape.  This week has seen a piece of the Black Country’s industrial legacy damaged as a blaze hit the former leather works of Jabez Cliff on Lower Forster Street, Walsall. Sad to see a key locally-listed building damaged in this way, but the site is also part of a wider set of industrial heritage on which a new 21st century Black Country is putting pressure, although at a less visible pace.  In an effort to find space for new housing, the area’s Core Strategy foresees the re-use of a fifth of industrial land over the next fifteen years—a change which will also test the preservation of historic workplaces.  Our challenge is surely to understand the implications of this for the area’s inherited character, preferably before the demise of the buildings themselves puts this beyond us.
Where all our grannies worked
Location of Jabez Cliff works
Walsall’s locally-listed buildings
Black Country Core Strategy
For rapid change see Two hundred years in twenty seconds

Posted in Black Country housing, what makes the area today

Looking for clues left behind 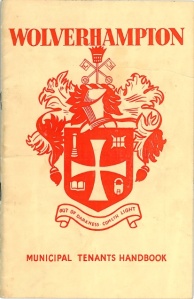 If we had to come up with a group of ten objects representing the story of the Black Country landscape what would be in it? Perhaps each of us has a different idea of what should be included – in fact some interesting collections have already been put forward (see below). Later this month we will be discussing a new group – this time with a particular twist: all the objects will be assembled in one place and you will be able to handle them on the day.
In advance, here’s an image of one of them and a reassurance. The reassurance? There won’t be any condoms.
The Black Country in Ten Objects
A History of the World in the Black Country
Coal to condoms – items which made the Black Country great
Council housing in the Black Country

People talk about their lives flashing before their eyes in an instant. But what if a place could see it’s own long history unfold in just a few moments? Even in the last two hundred years or so, the Black Country has gone through some momentus changes – something we don’t always realise when we look around the area today. From a collection of scattered rural settlements, through the massive nineteenth century exploitation of coal and iron resources, to its reincarnation as the home to a million people, this short video clip tries to visualise what a birds-eye view of change in the Black Country might have looked like:

Posted in Black Country housing, change in the landscape, the twentieth century, what makes the area today