The Low Hill Estate, Wolverhampton: ‘a popular place to live’

The second installment of the post on Low Hill

We left the Low Hill Estate last week in 1939 very largely complete.  It was never a model development – it was too marked by the social and economic pressures and constraints that have always shaped council housing to be that – but, having escaped the Second World War virtually unscathed, it could face the future with some confidence.  In practice, however, by the 1970s the woes that afflicted so much of our council housing of this period had left it bloodied…but ultimately unbowed.

It’s true that back in 1946 its then residents weren’t exactly effusive.   A contemporary survey found 69 per cent of residents thought the Estate ‘nice’ or ‘all right (no enthusiasm)’ but there were grumbles about some of the homes in which cost-saving measures had left concrete floors and unplastered kitchen walls.  More significantly, there were many – one in six – who thought the Estate ‘too…

Wolverhampton was another council controlled by the Conservative Party between the wars and yet, with over 8000 council homes built in the period, it was one of the biggest providers of council housing in the country. Its largest estate, Low Hill, in particular captures well the mix of municipal pride and relative affluence that would shape this new, council-housed, working class. 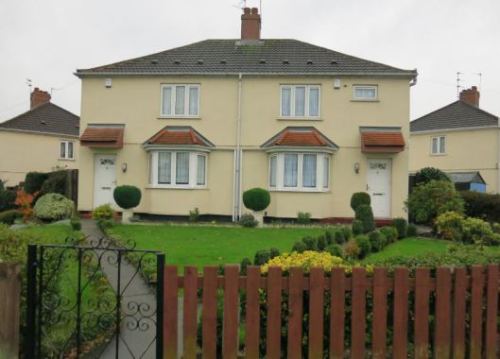 Before 1914, the Corporation had built just 50 homes – rather grim so-called cottage flats; in fact tenements in an austere barracks-like building (since demolished) erected in 1903 on Birmingham Road.  The War, you don’t need to be told, changed everything and when the Government-mandated survey of housing needs in 1919 revealed an immediate demand for 5659 new homes, the Council resolved to build them all. It was reckoned that over one in five existing homes in the borough were unfit or overcrowded. (1)

The wastes shall bloom

Sleeper rises to a different world